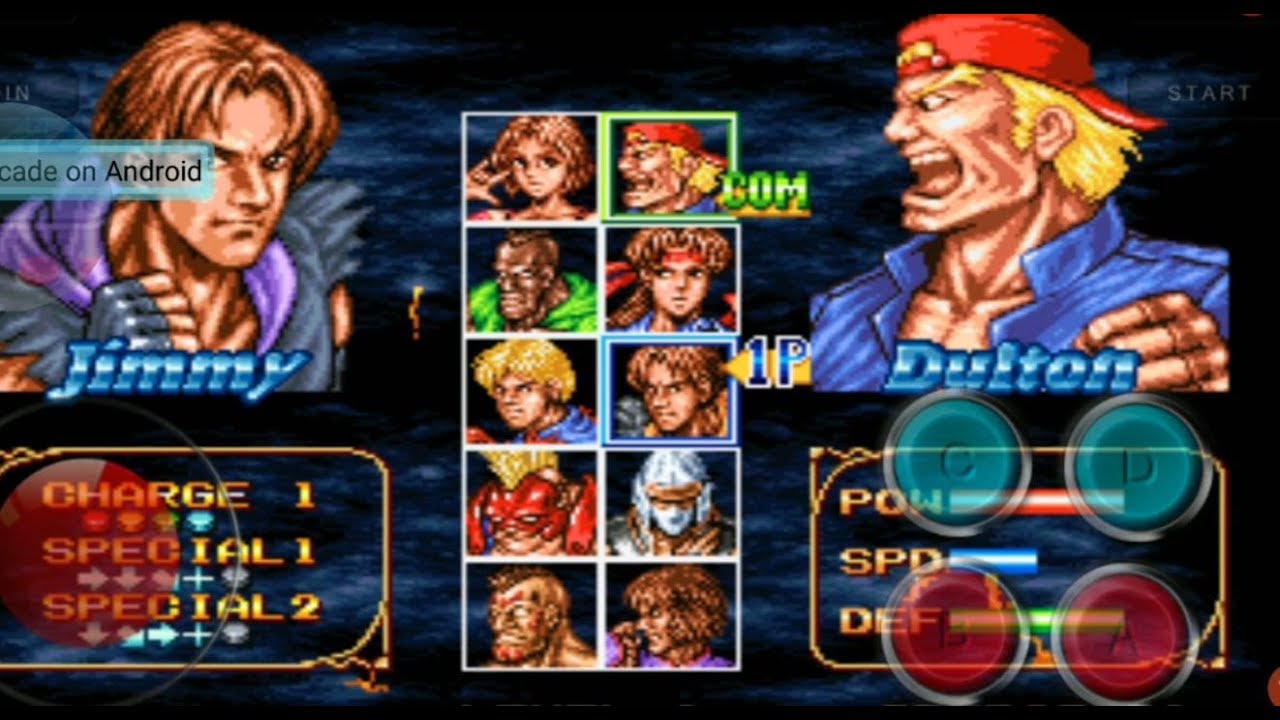 The player takes control of martial artist Billy Lee, or his twin brother Jimmy (also known as Hammer and Spike in the supplementary materials for the American arcade release), as they fight their way into the turf of the Black Warriors gang in order to rescue Billy’s love interest, Marian. The player character has a repertoire of martial arts techniques which they can perform by using the joystick and three action buttons (kick, jump, and punch) individually or in combination. Techniques range from basic punches and kicks to more elaborate attacks such as throws and elbow strikes. When playing with another player, one can grab an opponent from behind, allowing the other to attack unimpeded. Caution should be taken, though, as some enemies are able to do the same thing to the players. The player begins the game with a certain number of extra lives and a life gauge which depletes as the player takes hits, and must complete each stage within a time limit. One life is lost if either the life gauge or timer reaches zero, or if the player character falls off the bottom of the screen or into a hole, river, or bed of spikes.